What does it mean to be no-kill?

What does it mean to be no-kill?

If you're using the term "no-kill," you probably don't know what it means.

No-kill. It’s a common term in the animal welfare industry. It’s also become an important label that many look for when determining if a rescue organization is worthy of their support. While it seems straightforward, there’s more to this label than you might think.

The term “no-kill” comes from a movement that began in the 1980s and 90s. At the time, a common way to obtain a dog or cat was to go to your local breeder. Shelter animals were often seen as a less desirable, broken alternative for those who couldn’t afford a purebred animal.

No-kill was formed as a response to the overwhelming numbers of healthy animals being euthanized in shelters across the United States. The no-kill campaign asked for a commitment from communities to take proper measures to save all healthy and treatable pets from unnecessary euthanasia.

And it worked. According to Shelter Animals Count, a national database that began gathering shelter data in 2011, adoption numbers have more than quadrupled over the last decade. As adoption became more popular with the public, shelters were able to gain more funding, which helped build larger facilities, hire more staff to care for (and help rehabilitate) animals, and purchase better medical equipment. And as funding grew, the number of healthy and treatable animals being euthanized decreased.

But a label once meant to unite communities in saving animal lives now divides the animal welfare industry.

To be considered no-kill, a shelter or rescue has to have at least a 90% placement rate for the animals in their care. Since 2015, AHS has met or exceeded that 90% standard — meaning we meet the qualifications to be considered no-kill. However, we’ve made a deliberate decision NOT to identify as a no-kill organization. It’s language we don’t ― and we won’t ― use, to describe ourselves or any other animal rescue agency.

Why? Check out these four facts about no-kill, what it means, and why AHS doesn’t use it.

1. No-kill does not equal no euthanasia.

To be considered no-kill, organizations need to have a placement rate of 90% or higher. So what about the other 10% of animals?

Due to severe or untreatable illnesses or behavior issues, animal welfare organizations (AHS included) sometimes face the difficult decision to euthanize an animal, but only when we’ve exhausted all other options.

At AHS, every animal receives a medical and behavioral evaluation when they arrive at our shelters. While many can be placed in our adoption programs immediately, others need more time for medical treatment, foster care, or behavior rehabilitation. Some are even transferred to foster-based shelters if that’s what’s right for that animal. Our programs and community partnerships ensure all animals have a chance to be placed in an environment where they can thrive.

Animals who are candidates for adoption have no time limit in our shelters ― they can stay as long as they need to find their happy new beginning.

We pour our hearts into caring for each and every animal, but if an animal’s health continues to decline or it’s deemed a danger to the community, humane euthanasia may be the best outcome for that animal. Euthanasia, while difficult, can be an act of compassion for animals who are suffering.

AHS isn’t alone in making these tough decisions. They’re decisions all shelters and rescues must face, even if they call themselves no-kill.

Humane euthanasia still exists in no-kill shelters. While difficult, it can be an act of compassion for an animal with a severe or untreatable illness or behavior issues. 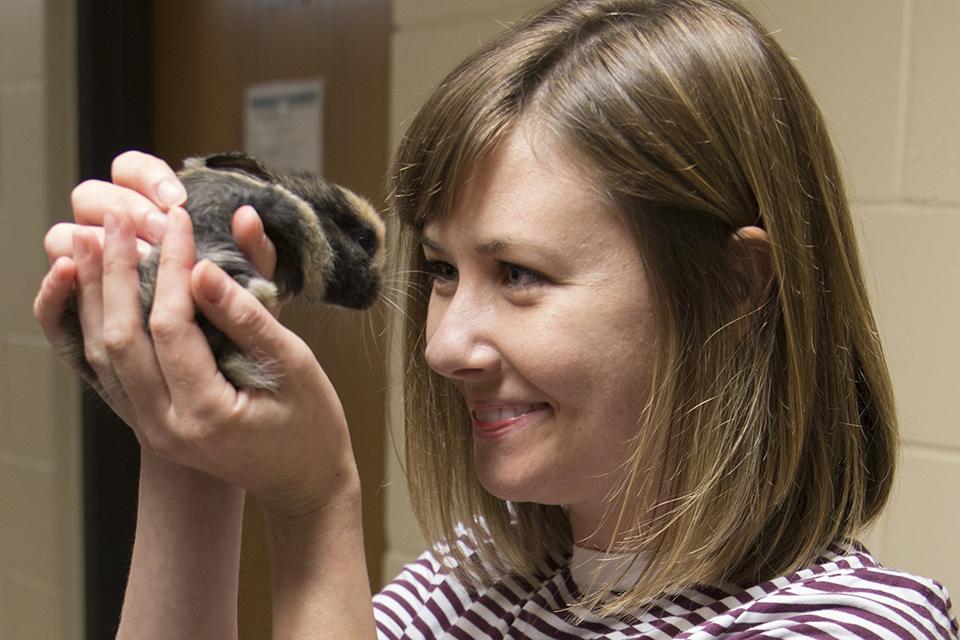 2. There’s no organization or governing body that determines no-kill status.

No organization or governing body determines what “no-kill” means. The 90% placement standard is simply a generally agreed upon rate, and it’s a moving target. At one time it was 80%, then 85%. One day, it could move again.

The reporting and data to achieve that rate is also inconsistent across organizations.

Organizations report their numbers differently. Some rescues and shelters report based only on adoptable or healthy animals. Others believe different data points should be included in the placement rate. For example, some include owner-requested euthanasia in their placement rate, while others consider compassionate end-of-life services as a benefit to the community.

“Unfortunately, no-kill doesn’t mean what most people think it means,” says Janelle Dixon, AHS President and CEO. “It’s like labeling food products ‘natural’ or ‘gourmet.’ Those terms appeal to the public but without any kind of watchdog or standards they are virtually meaningless. You can’t take them at face value.”

The 90% placement standard is simply a generally agreed upon rate. Organizations report numbers differently or include different data points in their placement rate. Comparing organizations to one another based on placement rate can be inconsistent and tricky.

No-kill is a catchy phrase, full of meaning and emotion — it represents an idea all animal lovers wish could be true. The organization that coined it initially used it for marketing, to separate its work from other shelters and rescues.

“Alarmingly, any organization that doesn’t claim no-kill status is now labeled a kill shelter,” says Dixon. “I don’t think people really understand the negative impact that has and how much it demeans and demoralizes people who work in those shelters, people who have dedicated their lives to helping animals.”

Unfortunately, shelters in some communities still face the heartbreaking decision to euthanize healthy, well-behaved animals. But that doesn’t mean they’re bad. No one seeks a job in an animal shelter with the goal of euthanizing dogs and cats. These organizations face extreme conditions of animal overpopulation and lack the resources and space to care for all the animals that are left on their doorsteps. The best way to support these shelters and help the animals in their care is to help them, not judge or punish them.

In this way, the “no-kill” movement has actually been harmful to animals, as the organizations who need the most support have fallen out of favor with the public — all due to a divisive, and misunderstood label.

Focusing on an organization’s placement rate alone distorts their impact in their communities and across the country. Their worth and worthiness should be based on more than a percentage.

The actual number of animals placed should be celebrated, not just the percentage. When determining an agency’s impact, we need to look at the whole picture — the animals they care for, the programs they offer, and how they aim to create a safer community for animals.

The term “no-kill” isn’t a litmus test and can’t determine an organizations impact or worth. A percentage point doesn’t account for the thousands of animals shelters help every day.

4. An organization’s admission philosophy — whether they're open admission or limited admission — can impact its ability to reach the “no-kill” threshold.

Many factors affect animal outcomes and rescue work, including community support, the number and types of animals an organization serves, and whether it’s a private or public shelter. 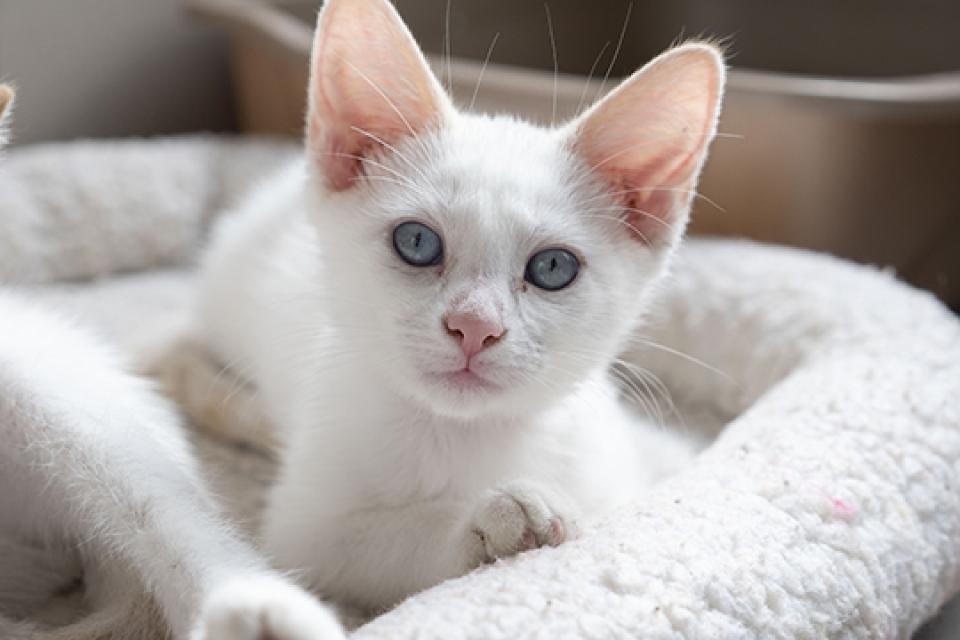 Limited admission agencies aren’t obligated to serve every animal that’s brought to its doors. They can turn animals away based on available space or an animal’s health, breed, or behavior. By turning certain animals away, they’re able to maintain a high placement rate.

Again, this doesn’t mean that open admission agencies are better than limited admission. Both types of organizations are doing the most they can to help animals, and when they work together and support one another, both animals and the people who love them benefit.

When establishing and building a connection with another rescue group, the “no-kill” conversation can get in the way of these partnerships.

“Although we share many of the same goals and values, the confrontational and often misleading tactics used by some no-kill activists tend to pit us against each other,” says Dixon. “Instead of focusing on what different animal rescue agencies have in common and how we can work together, the conversation becomes about who’s doing it right and who’s doing it wrong. When that happens, our work is undermined, and it’s the animals and the community that lose.”

Most rescue partners we work with in Minnesota are limited admission. We’re deeply grateful for these partnerships. By working together, we can utilize each other’s strengths and do more for animals and the community.

To help animals, act local and with kindness

If you’re passionate about trying to save every animal, lend a hand! The more people there are to support programs and services for animals, the more animals we can help.

At AHS, we provide programs to serve both animals and people. In addition to adoption, AHS invests in: 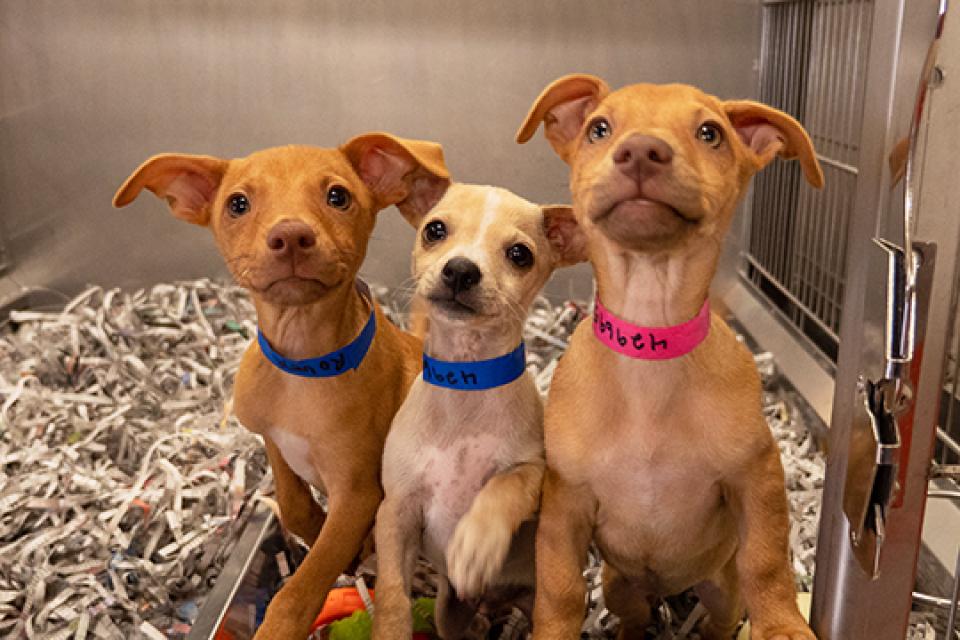 With everyone’s help we can do more to create a better world for animals and the people who love them.